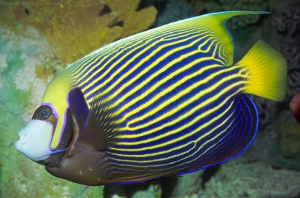 The caudal fin is of a striking yellow to orange shade. The eye is enclosed by a black vertical bar with blue edging. The pectoral fin base is black while the snout is white.